Black History Month: The Best of Black British Fashion & Art from the 90’s!

Each weekday, from breakfast to drive time
we will be honouring Black Icons
In Music, Sports, Politics, Education, Arts & Fashion
and taking a look into what inspired they’re greatness.

Today we are celebrating Black Fashion & Art Icons from the 90s!

Sir Steve McQueen is a British Filmmaker and video artist. He is best known for his award-winning film 12 years a Slave (2013), an adaption of Solomon Northup’s 1853 slave narrative memoir. His most recent release was in 2020, titled Small Axe. Small Axe is a collection of five films “set within London’s West Indian community from the late 1960s to the early ’80s”. 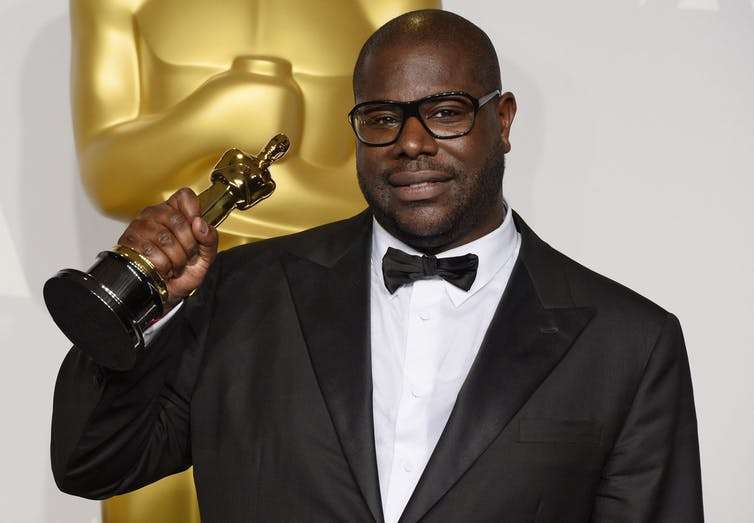 McQueen has received the Turner Prize for his artwork, the highest award given to a British visual artist. He was appointed commander of the order of the British empire in 2011 for his services to visual arts. For ’12 Years A Slave’, he won numerous awards, including Academy for best picture, bafta award for the best film and the golden globe awards for the best motion picture. McQueen made history by becoming the first Filmmaker to win the academy award for best picture.

Before McQueen became a famous director, he had humble beginnings. Born and raised in London, he went to Drayton manor High school. In an interview, McQueen stated he was troubled at school and placed into a class for students believed suited for manual labour. The new head of the school admitted that the school was institutionally racist at the time. However, that has not hindered McQueen’s success. In 2016 he was granted the British films institute highest hour, the BFI Fellowship. Furthermore, McQueen was also knighted in 2020 for his services to film.

Time to strike a pose with Naomi!

Naomi Campbell is a British supermodel, actress and businesswoman. Discovered at the age of 15, she catapulted into stardom. She become one of the most recognised and in-demand models of her Era! She has graced the covers of more than 500 magazines! The supermodel has featured in campaigns for all the luxury brands from Chanel to Versace. Campbell is one of six models in her Era declared as supermodels by the fashion industry and press.

Naomi Campbell broke boundaries, becoming the first black model to feature in numerous magazines, including TIME magazine, French and Russian Vogue. She also was the first black British model to pose on the cover of British Vogue. However, Naomi Campbell has had to face her fair share of racial discrimination when emerging on the fashion scene despite her success. Luckily for Campbell, she received support from her white friends to advocate for her on her behalf. Fellow supermodels Turlington and Evangelista once told Dolce & Gabbana, “if you font use Naomi you, don’t get us”.

In January 1990, Campbell was declared “the reigning mega model of them all” by Interview magazine. Despite being the most famous black model of her time, Campbell never earned the same volume of work as her white counterparts. A cosmetic company did not sign Naomi until 1999. In 1991 Naomi stated, “I may be considered one of the top models in the world, but in no way do I make the same money as any of them.”  Throughout her career, Naomi has been outspoken in raising awareness about the racial bias that exists in the fashion industry.

Time to round things off with Lenny Henry!

Sir Lenny Henry is a British actor, comedian, singer, television presenter and writer. He is also famous for being one of the founders of comic relief. His career spans almost thirty years and counting. He first made his television debut in 1975, when he won the New Face talent competition at 18. From 1978 to 1980, he anchored the Saturday morning children’s show Tiswas, in which he became known for his comic persona. However, Lenny didn’t stick to children’s entertainment. He appeared on the white and black minstrel show for five years before joining Tree of a Kind. In 1984 Lenny had his own show, which was on air for a decade!

Returning to his stand up roots, Lenny released ‘Live and Unleashed”, a filmed standup concert in London. ‘Live and Unleashed’ gained him the attention of Hollywood. But the sitcom “Chef” produced and written by Lenny was a big hit, further solidifying Lenny and a comedic force! Henry was appointed a commander of the Order of the British Empire in 1999. He received a lifetime achievement award at the British comedy awards in 2003. The Queen knighted him in 2015 for his services to drama and charity. He is currently the chancellor of Birmingham City University and is acting in the amazon prime series Lord of the Rings.