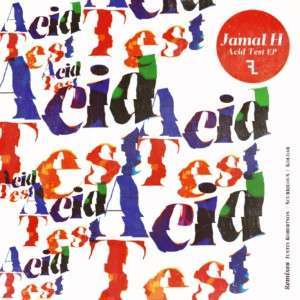 Jamal H emerged out of the Manche​ster’s underground house scene known for his tech house style that’s reminiscent of the 1987/88 Acid Trax era. As a DJ, he performs regularly in his home city at venues such as Sankeys, South and Gorilla where he’s played alongside Intern​ational DJs German Brigante, Kevin Over & Cristoph. He’s played in Ibiza at Cafe Mambo and also played sets in Ayia Napa and Amsterdam.

Released on 14 March 2017 by Foreign Language, you can buy the EP Acid Test here.

Listen to the track preview of Acid Test below:

Jamal H hosts a weekly show alongside Jermaine Lee on Unity Radio, where you can listen to them presenting and live in the mix every Thursday from 11pm-1am.

Listen to Data Transmission’s Mix of the Day by Jamal H: